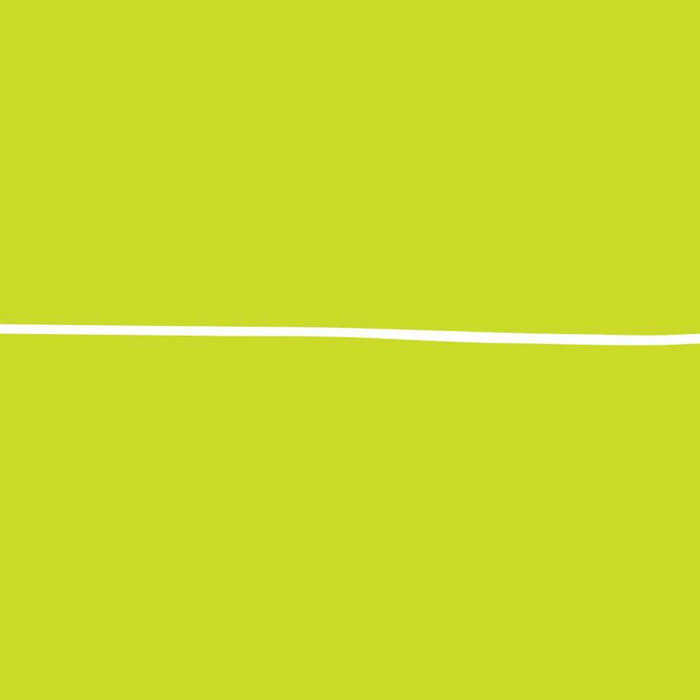 Vital Weekly # 1245 week 32.
GINTAS K – AMNESIA (CD by Gk Rec)
Lithuanian sound artist, composer and digital explorer Gintas K(raptavičius) has released a steady flow of works throughout the years, on labels as diverse as esc.rec, Attenuation Circuit, Bölt and Baskaru. His roaming and inquisitive ear for the new and uncharted in terms of aural or musical form has been a constant in his releases, ranging from pretty and rather hushed to densely layered and deeply immersive or even oppressive and invasive. And it all started with a boiling kettle, using an invitation for a cup of tea. Quite the way to set the sound art scene, so to speak. On Amnesia, his latest CD released on his own Gk Rec, Gintas K produces one track of close to 45 minutes of intense Warp-ish glitches, drums, noises and ambient synth washes with thick granular textures and space-age chromium melodic leads. By no means soothing, the ambiance of Amnesia is one of unease and disturbance, of jittery fragments of drum beats and nervous noise eruptions, of a place between Severed Heads, Autechre and Mark Fell, with the added bonus of an exquisite attention to aural detail, not unlike Nurse with Wound or Hafler Trio. Plus: a dash of pure power electronics, for good measure. Amnesia is a caress and a sledgehammer, all at once. A work of delicate beauty and brutal force. A piece of aural and musical construction redefining sound art, musique concrète and electronic composition all in one essentialist gesture of expertly executed noise control. And one of the best abstract works I've heard this year. (SSK)
---------------------------------------------------

Gintas K: Amnesia
By Stuart Bruce (@) - Aug 03 2020
Artist: Gintas K
Title: Amnesia
Format: CD + Download
www.chaindlk.com/reviews/?id=11448
Long-established Lithuania-based sound artist Gintas K has offered up a single-track 44-minute work Amnesia, and it is experimental noise work that really demands the listener’s attention. A controlled chaos of glitches, squeaks, and distorted percussive sounds, played out on a bed of rumbling drones and slow creaks and with garnishes of high-pitched hisses and noise washes, it’s a soundscape with a great deal of texture, that draws you in to listen to the details.
It’s not without structure or form though, by any means, and the relatively violent opening could misrepresent some of the later movement. There are comparatively more measured sections, such as around the nine minute mark- I wouldn’t go so far as to call it ‘calm’, but everything’s relative by this stage. Particular mention is due to the bold drop around 27 minutes, which works as though the motor powering the melée is manually wound down, leaving a hollow ambient expanse which, when it winds back up again, feels consciously changed- more wooden, more mechanical but less of a metropolis.
Sometimes there’s pulsing and throbbing that offers up a rhythm, of sorts, though the other elements seem to go out of their way to avoid it (e.g. sixteen minutes in). There are moments that are alien, moments that are quasi-industrial, and at times it borders in the bizarre. The detuned honky-tonk piano sounds audible around six minutes in seem almost tongue-in-cheek, though later on it does contribute a more conventional abstract melodic element. The cut-up work around 37 minutes is expressive to the point of feeling vocal, one of several “how did they do that?” moments. The alarm clock tones just before the 40th minute are rather on-the-nose and signal the beginning of the final bookend of noise, providing a symmetry with the frantic opening. It’s not all gradual fades and progressions, either- with a little over one minute to go, the waveform drops off a cliff before a nearly-romantic postscript.
It’s a well-executed deep manoeuvre in experimental noise control, with a great deal of latent and hard-nosed beauty lurking under a noisy shell. It’s well worth cracking through that shell and exploring.
---------------------------------------------------------------------------------

7/30/2020
Gintas K — Amnesia
www.datawv.com/2020/07/gintas-k-amnesia.html
Here is a new album by Lithuanian composer Gintas Kraptavicius, more known to the world of experimental music as Gintas K. The title of the album that consists of just one long track is Amnesia which means partial or complete loss of memory. This symptom or effect is oddly specific and weird to my mind. And it is difficult to imagine anyone who would lose their memories in order to record music. What would that kind of thing result into?
I hope that Gintas does not have amnesia himself. I can only guess his intention was to associatively reproduce the state of mind one experiences due to amnesia. And the result of his experiment is rather intriguing. Being a true virtuoso of digital processing, Gintas created an impressive collage of radical and sometimes aggressive sounds, partly supported by atmospheric clusters, fragmental piano, electronic keyboards and modulars, elements of concrete music etc.
This album is quite different from Gintas's other works. This time around we got a lot of noise, glitch and industrial; at times the album sounds like an improvised set, recorded in real time. On the other hand, this work could be described as a symphony that consists of different parts, different moods, dynamics and densities, carefully structured and processed.
In any case, Amnesia by Gintas K is another great work of the outstanding composer and sound producer.
Author: Alexei Borisov
-----------------------------------------------------------

July 23, 2020 www.nitestylez.de/2020/07/gintas-k-amnesia-gk-rec-003.html
Gintas K – Amnesia [GK Rec. 003]
Coming in straight from Lithuania these days is “Amnesia”, the new longplay outing released by the ever active experimental composer Gintas Kraptavicius a.k.a. Gintas K as cat.no. 003 of his very own label GK Rec.. Put on the circuit on July 14th, 2k20 as a limited edition run of 300 copies worldwide the 44 minutes spanning one track album sees the artist exploring the most hyperdigital realm within experimental electronic music composition, fusing an ever buzzing array of greyscale Noize eruptions, unsettling low-end rumblings alongside constantly morphing, well nervous – and for some: nerve-wrecking – glitches with soft, ethereal background harmonies as well as ground up, broken down remainders of melodic events, pure HarshNoize / DigiNoize sequences, space bleeps, uncanny rhythm signatures and a general feel of a total sonic information overload. If genres like Clicks’n’Cuts and creative programming environments like Max/MSP are close to your heart, this album might appeal to your tastes even though providing a well demanding and challenging experience even for deeply schooled listeners of advanced electronic music.

Gintas K. Amnesia (2020). Review. What did we forget?
Mindaugas Peleckis
2020 m. Liepos 24 d., 07:11
www.radikaliai.lt/garsas-sound/4793-gintas-k-amnesia-2020-review-what-did-we-forget.html
Another great album of experimental music expert from Lithuania, Gintas K. This time, it’s a one track album lasting more than 44 minutes, and giving us space and time to think about, it seems, such a trivial thing – our memory. You can watch a lot of TV series which almost all contain the subject of amnesia. But, philosophically, what is amnesia? How does it sound?
Cover of the album by Indra Kraptavičiūtė.
Personally, I especially like when Gintas K’s music turns to be meditative, and this is the case. Even though the music is very complex as always, here you can find your own meditative, philosophical space, and think about what we could have lost in our time.
Those who have listened to at least several albums from big discography of Gintas K, will recognize his musical movements, starting from quiet ones and going to almost noise-like / chaos-like ones.
This time, Gintas K tell us an interesting story, which only can be heard. No additional notes available. If you are lucky, you can get a CD copy (300 of those available) or listen to the music here: gintask.bandcamp.com/album/amnesia-gk-rec-2020.
It should be noted that the artwork of the album (minimalist, as always) is made by daughter of Gintas K, Indra Kraptavičiūtė. All music composed by Gintas K / Computer / 2017. Used drum samples by Travis D. Johnson. Released by gk rec.#03 / 2020.
Something more about the album. It really shows the capabilities of the composer. While being minimal, as earlier, he can turn to a sage who is telling a story using power electronics, ambient and other styles of experimental, electronic music. Gintas K’s music is getting better and better. Let’s wait for another new album while listening to this one. As American novelist Tom Robbins put it, “Amnesia is not knowing who one is and wanting desperately to find out. Euphoria is not knowing who one is and not caring. Ecstasy is knowing exactly who one is – and still not caring.” Let’s find it out. Only the music has the answer.
----------------------------------------------------------

auralaggravation.com/2020/07/20/gintas-k-amnesia/
Gintas K – Amnesia
Posted: 20 July 2020 in Albums
Tags: Album Review, Ambient, Amnesia, electronica, Experimental, Gintas K, Gintas Kraptavičius, minimal, Power Electronics, textures
gk rec.
Christopher Nosnibor
This makes for quite a refreshing change: it feels like about two-thirds of my reviews in recent months have been marked by a compulsion to comment on artists going into creative overdrive during lockdown and whacking out releases of new material because they’re not currently touring or working their day-jobs. But for Lithuanian electronic experimentalist Gintas Kraptavičius, it’s business as usual, with a steady flow of output over recent years, and with Amnesia being his second release of 2020.
One of the things I personally admire about Gintas as an artist is how broadly he explores the field of electronic music, with works ranging from minimal ambience to deep dives into microtonal territory, and a whole lot in between. Amnesia conforms to no genre or form, and instead spreads its myriad suggestions from across a host of conceptual spaces to create something wonderfully vague, and also vaguely wonderful.
The release comes with no information whatsoever about its concept or purpose or recording, beyond the fact that it uses drum samples by Travis D. Johnson. Those samples aren’t neatly assembled to form looped rhythm tracks and solid structural foundations for a work with an overt linear trajectory or other sense of solid form.
Amnesia contains a single track which spans a massive forty-four minutes, and begins with crackling, interweaving synths waves which crackle and fizz with distortion, while thumping clatters that sound more like shuffling, clumping footfalls than drums crash sporadically and arrhythmically.
There are some crescendos or swirling noise and shrill, trilling feedback notes that whistle and screech over churning blasts of bilious noise, violent sonic storms. There are segments of laser bleeps and skittering short, sharp toppy notes fire into a swirling morass of mid-range extranea.
A delicate piano tinkles in a nuclear storm and a stammering clanking rattles and clangs behind and alongside. This is a dominant feature of Amnesia: there is always a background and a foreground and a significant degree of contrast between the two, which is both textural and tonal. Harsh top and midrange are laced against softer, more gloopy lower spectrum sounds.
Time slips, drips, dribbles and cascades through a shifting sonic multiverse that’s often uncomfortable, at times undemanding, as the track transitions between ambience and abrasion, and towards the end it takes a turn towards synapse-collapsing early 80s power electronics.
What do you do with this? Where do you take it? What is it all about? There is no clear message, no distinct or decisive form, resulting in a longform composition that meanders and swerves in all directions but ultimately leads nowhere and articulates little – and that’s more than ok: Amnesia is not about sequence and making a bar, but about capturing a sense of vagueness and a certain lack of purpose, of point, and it does so magnificently.