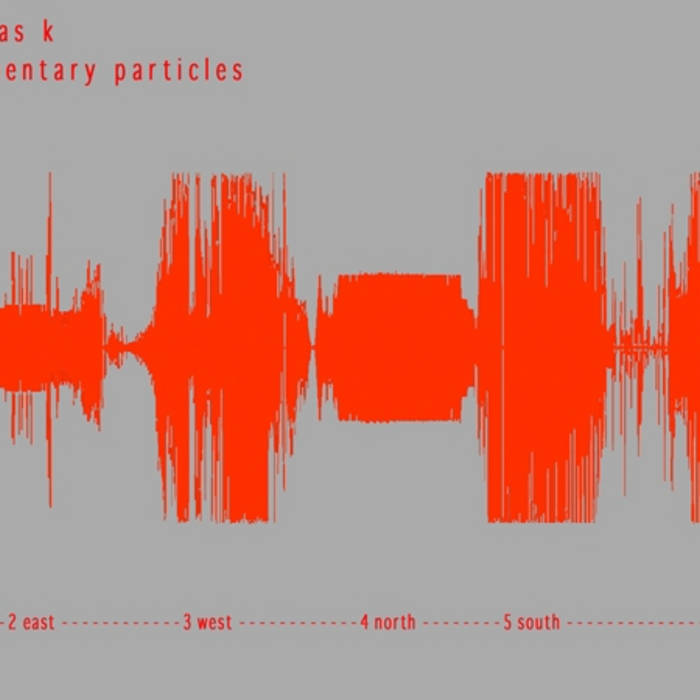 originally released as 3'CDR by Retina Scan in 2007
www.retinascan.de/phpshop/themes/kategorie/detail.php?artikelid=591&kategorieid=131&source=1
description
Every age has it’s own instruments and instruments have their own timbres. A computer has become the main instrument in our time; sine waves and white noise - it’s generated and most frequently used timbres.

Gintas created this work as a podcast for folly by using 5 components and their symbolic meanings: 145 Hz and 235 Hz sine waves which are basic frequencies of male and female speech – harmony; white noise - disharmony; 80 Hz sine wave which sometimes goes below the scale of human hearing – hell; 10 KHz sine wave which goes above the scale of human hearing – heaven. 80 Hz and 10 KHz reveal musical infinity and human limitation and, in some way, human possibility to create infinity from his limitations.
Later he was a bit unsatisfied with the limitations of the mp3-codec and so you can now buy the CD-R here in a neat packaging mirroring the purity of his sonic creation.

The work consists of intro, outro, and four parts, that symbolize earth and the order of mankind. Rhythm as a driving force of living is a key element in all parts. Does this concept mean that I’m trying to create the universe of spheres? - No. Does it mean that conception is more important than music? For sure – not. Does it mean that music is above everything? - But music in these times doesn’t exist ... there is only sound art.

'elementary particles' was commisioned as a podcast to Folly www.folly.co.uk and SoundNetwork soundnetwork.omweb.org. Thanks for your kind support!


GINTAS K - ELEMENTARY PARTICLES (3"CDR by Retinascan)
VITAL WEEKLY 603
One my favorite CDR labels is Retinascan, who take great care for the covers, a rare thing in the world of CDRs. Both of these three inch releases come in nice printed cardboard boxes. Gintas K is of course someone who came across before and here he goes into conceptual edges of sound, working very specific frequencies that reflect male or female speech, 80hz sine wave 'which sometimes goes below the scale of human hearing - hell, and 10 khz sine wave which goes above the scale of human hearing - heaven'. Originally made for a podcast, but of course it's hard to translate these frequencies into MP3 (a format unsuitable for any kind of experimental music, but that is probably a different discussion). It may seem altogether quite complicated, but Gintas K actually manages to create some nice music. Continuing his somewhat more crude sine wave cut ups of his previous releases, like a bastard (although in a positive manner) son of Alva Noto, his sine wave music has balls. Deep rumbling, cut to fit beats that are hardly danceable, but which are surely groovy. Still under the influence of early Pan Sonic, this is actually another fine release by this Lithuanian composer. (FdW)

all music created by gintas k