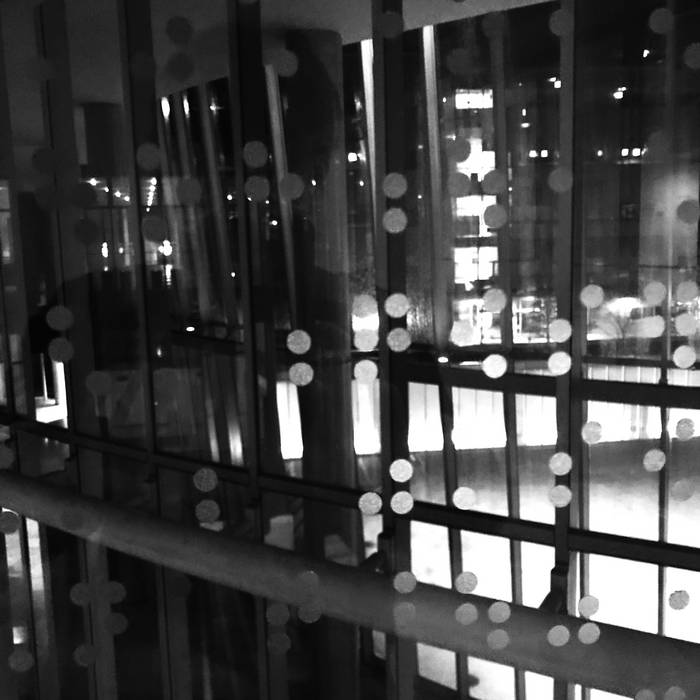 True to form, details of the theory or process behind Gintas K’s third release of 2020 are sparse: ‘Played & recorded live by Gintas K 2019. Recorded live at once, without any overdub; using computer, midi keyboard & controller assigned to vst plugins’.

What he presents here are three longform compositions, between fifteen and twenty-one minutes apiece, each accompanied by an ‘extension’ piece, of around five minutes or so, which tacks on to the end. The pieces are untitled, beyond ‘Track One’ and the date and what I assume to be the end time of recording.

K works from a palette of synapse-popping digital froth, tiny bleeping tones that fly around in all directions like amoeba in a cellular explosion, which builds to some neurone-blasting crescendos of whirring electronics and fizzing bursts of static and sparks. Amidst a swampy swirl of squelchiness rises a hum of interference, like an FM radio when a mobile phone’ been left next to it. ‘track one’ dissolves into a mass of amorphous midrange; its counterpart ‘extension’ reprises the glitching wow and flutter, ping and springs of the majority of the preceding twenty minutes, and follows a similar structural trajectory, only over a quarter of the time-frame.

‘track two’, recorded the following day in November of 2019 is, ostensibly, more of the same, with birdlike tweets and twitters fluttering around random clunks and thuds. Here, initially, there is more restraint, fewer fireworks, and more space between the sonic somersaults, until, briefly but intensely, about five minutes in, when a fierce blast of static cuts the babbling bleeps, washing away the sound to silence. Granular notes trickle in a minuscule but rapid flow which hurries keenly toward the conclusion, only to return for the extension piece, sounding rather like the tape being rewound.

Bloops, glops, tweets and twangs abound once more on ‘track three’, and if the pieces on Extensions are given to a certain sameness, it’s testament to Kraptavičius’ focus and dedication that he explores such a small sonic area in such intensely obsessive detail. Gintas K creates intensely insular music, which picks through the details of its own creation in a microscopic level, and if his spheres of reference seem suffocatingly introverted and inwardly-focused, then that’s precisely because they are, and it’s welcome. Instead of eternally reflecting on his emotions, like so many musicians, his work emerges from an infinite loop of self-reflectivity concerning its own content, and as such exists in a space that is free of such emotional self-indulgence. If this is indulgent – and perhaps it is – it’s equally scientific and detached, which very much paces it in a different bracket. And as Gintas K continues to pursue a most singular journey, it’s most educational to be able to tag along.