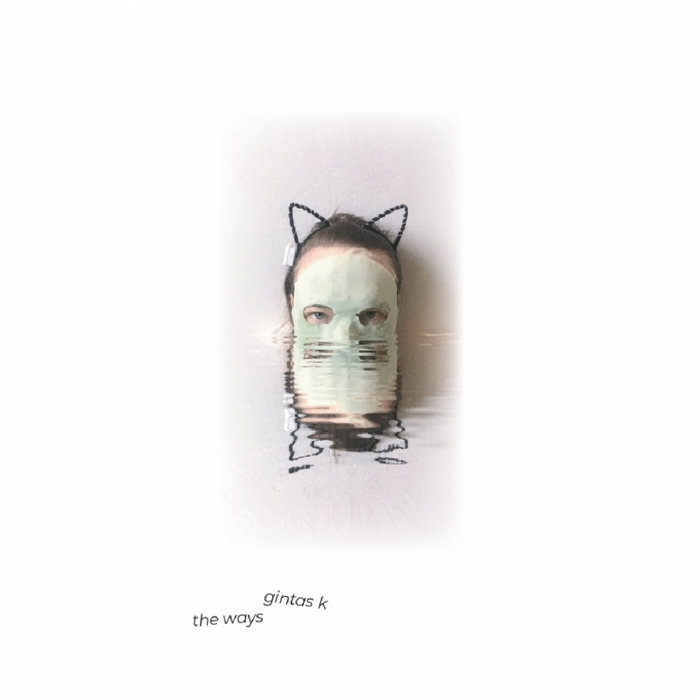 takeeffectreviews.com/august-2021-4/2021/8/28/gintas-k
Gintas K, August 28, 2021
The Ways
A Lithuanian artist with a penchant for electronic exploration, Gintas K is well versed in experimental and electroacoustic ideas, and that’s quite evident across the 10 very creative tracks of The Ways.
“one way#1” starts the listen with no shortage of glitchy, abstract manipulation as the highly technical approach instantly draws the listener in, and “one way #2” follows with 8+ minutes of precise and unpredictable sounds that buzz, bleep and boop in frisky ways.
Elsewhere, “another way#1” embraces an unconventional form of rhythm in its unusual delivery, while “both way Longer” spends 20 minutes amazing us with its sci-fi and certainly otherworldly approach to electronica. The aptly titled “almost the end”, the record’s best, then takes on an almost meditative quality that bursts into an artistic display of fascinating, unclassifiable territory.
The final pair of tracks, “yet again” and “infinity way”, are, thankfully, more of the same, as the former flows with a futuristic videogame-esque demeanor, and the latter takes on a sonically charming execution that’s capable of swift, hypnotic moments as well as bare bouts of minimalism.
Active since 1994, and also working in the area of film and sound installations, amazingly, Gintas played and recorded this live, without any overdubs, where his computer, midi keyboard and controller make for a captivating and aesthetically distinct experience you’re not going to hear anywhere else.
------------------------------------------------------------------------

Master of contemporary squelch, Gintas K, provides a new, engaging swathe of riotous, slippery, burbling electronics on 'The Ways'. Check it. - Brian Olewnick
---------------------------------------------------
www.nitestylez.de/2021/03/gintas-k-ways-gk-rec-004.html
Sunday, March 14, 2021
Gintas K - The Ways [GK Rec. 004]
Coming in all the way from Lithuania these days is "The Ways", the fourth album in four years released by Gintas Kraptavicius a.ka. Gintas K on his very own and self-run imprint GK Rec.. Spread out over ten tracks - all named in some or another way related to or including the word 'way' and a total playing time of 65 minutes the Lithuanian sound artist follows his usual approach of live recording with a set up of computer, midi keyboards and controller once again, creating a bleepy, glitched out and highly abstract, probably Max / MSP-infused sonic realm that defies any further categorization and exists in a secluded bubble beyond any genre, albeit things like Glitch and most abstract takes on Electronica come to mind, especially in clean, polished cuts like the opener "One Way #1" or the surprisingly rhythmic "Another Way #1" which show loose, decaying and ever changing patterns of repeating motifs whereas others like "One Way #3" as well as the albums 20 minutes spanning main piece "Both Ways. Longer", which btw is our main favorite on "The Ways" as well, do exist entirely on their own like shiny, highly detailed, probably encoded and chrome-resembling sculptures of sound flung back in time from a faraway future or an extraterrestrial or even interdimensional layer of the space time continuum whilst the final cut "Infinity Way" redefines Minimal Ambient as well as Minimal Music as an entire genre for 2k21. Fascinating.
----------------------------------------------------------------------

GINTAS K - THE WAYS (CD by gk rec)
www.vitalweekly.net/1275.html?
The sounds emitting from the speakers when playing The Ways by Gintas K (the K abbreviates his last name Kraptavičius) explore glitch and cut-up technique in live improvised performance settings: as if data systems run AWOL and amok on the fucking hairy amp like a skittish yet controlled bouncing Perpetuum mobile ball.
The live - no overdub - improvisations on this collection roughly span the last two years of computer, midi keyboard and controller instant composing by the Lithuanian mastermind. A productive period which also saw the release to the mesmerizing Sound and Spaces cassette, Amnesia CD and - above all - the monumental work Variations in a-moll for a granular synthesis as published on CD by esc.rec. And in a way, no pun intended, The Ways coalesces elements of the mentioned works into new and uncharted broken up and scattered action-composing pieces, wholly experimental and recorded bristling with live-wire energy.
Where Sound and Spaces veered into the world of "veritable musique concrète-ishness" (as I wrote at the time), The Ways races past this post and heads straight for a horizon way beyond even the most uneasy nervous or irrational patterns we recall from the likes of for example Hecker or Russell Haswell. Maybe most of all, these sounds bring to mind explorations Pierre Boulez could've undertaken if he had been equipped with present-day technical means like Gintas K is using - an aural vista devoid of notions of here, there, were, real, abstract, romantics. And in the case of Gintas K, a resonance beyond the cerebral: somewhere above and beyond man & machine and as such - at least in my ears - a logical companion to for example Zeno van den Broek's work Ma(n|chine) (for drum robots and human percussionists). (SSK)
------------------------------------------------------------------------
3/05/2021
Gintas K — The Ways
www.datawv.com/2021/03/gintas-k-ways.html
Famous Lithuanian electronic musician and composer Gintas K (Gintas Kraptavicius) began his year with yet another solid release, thus contributing to his already vast discography consisting of 36 full LPs and a large amount of compilations and collaborations. Last year, Gintas released an excellent concept album Amnesia (please refer to the Data.Wave review of it) which, in my personal opinion, further increased the musical scope of his work.
This time around, the musician decided to demonstrate his signature approach to sound editing, its processing and formatting. The title of the album, The Ways, could probably be interpreted as "the means" or "the methods", which would make it a reference to the ways and methods of creating music in real time, although the words "path" and "direction" could also be applied in this context. In fact, what we're looking at is an improvisation that got recorded with software and a midi-controller, without any additional layering.
The result is 10 tracks of very dense electronic sound, which simultaneously manages to stay rather diverse in terms of focus and saturation. The compositions of the album could easily be branded abstract, yet, upon careful examination, one can discover micro and macro-structures, various vibrations and even sequences. The process that is being taught to us by Gintas is infinite in its nature. It is no coincidence that the last track is called Infinity Way. One can only hope there will be a sequel!
Author: Alexei Borisov
--------------------------------------------------------